Written by Diana
Updated over a week ago

The Break-even price (BEP) is a price level where you can sell your base currency or place a stop loss to exit the market without any losses. 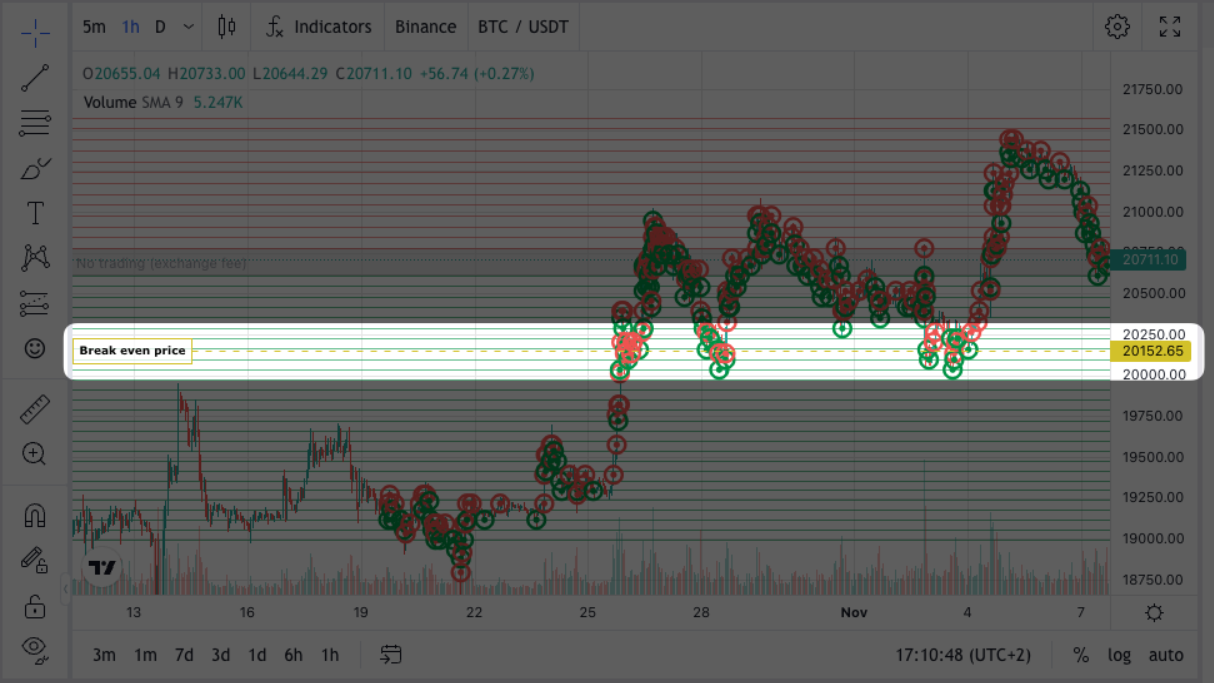 📑 Note: The Break-even price appears when there is at least one active sell order in the grid. If there are no open sell orders, the level is not shown.

When calculating the Break-even price, the system takes into account the following values:

1. The total volume of all open sell orders.

Each sell order contains a certain amount of the base currency. The sum of those volumes results in the total number of coins in active sell orders.

To place a sell order, there should be some base currency. It’s necessary to purchase it first using the quote currency. Usually, the base currency is purchased at different times and at various prices, so the average buy price has to be considered.

When a sell order is executed, the bot generates some profit. It gets partially reinvested into a new buy order associated with the previous sell one (as per the Grid strategy).

The system calculates a double size of the default trading fee, as it’s applied when both buying and selling the base currency.

The formula for calculating the BEP would be:

The sum of the total quote amount and the reinvested profit divided by the overall base currency volume + the 2x trading fee.

❗ Warning: If you manually cancel sell orders in the grid, the BEP calculations become inaccurate. As the system will count only sell open orders.

🤔 Selling base currency at the BEP level

When the base currency is sold at the Break-even price, you will receive all the invested quote currency back to your available trading balance, taking into account the trading fee and the reinvested funds.

📈 Changes in the Break-even level

However, once a sell order gets executed, the amount of the base currency used in the bot decreases, and, therefore, the system recalculates its average purchase price and adjusts the BEP, respectively. Since the sell orders that contain the base currency, which was purchased earlier at a better price, get executed first, only the base bought at a higher price is left, so the average value becomes higher.

📑 Note: When you run the bot, the base currency is purchased at the current favorable price; respectively, the execution of initial sell orders will not affect the price changes of the break-even point. Only the next executed buy orders trigger a recalculation of this price.

🤖 Example of the BEP calculations

For example, let's calculate the Break-even price for a newly created SOL/USDT bot. All the base currency for placing initial sell orders was purchased at the bot’s start: 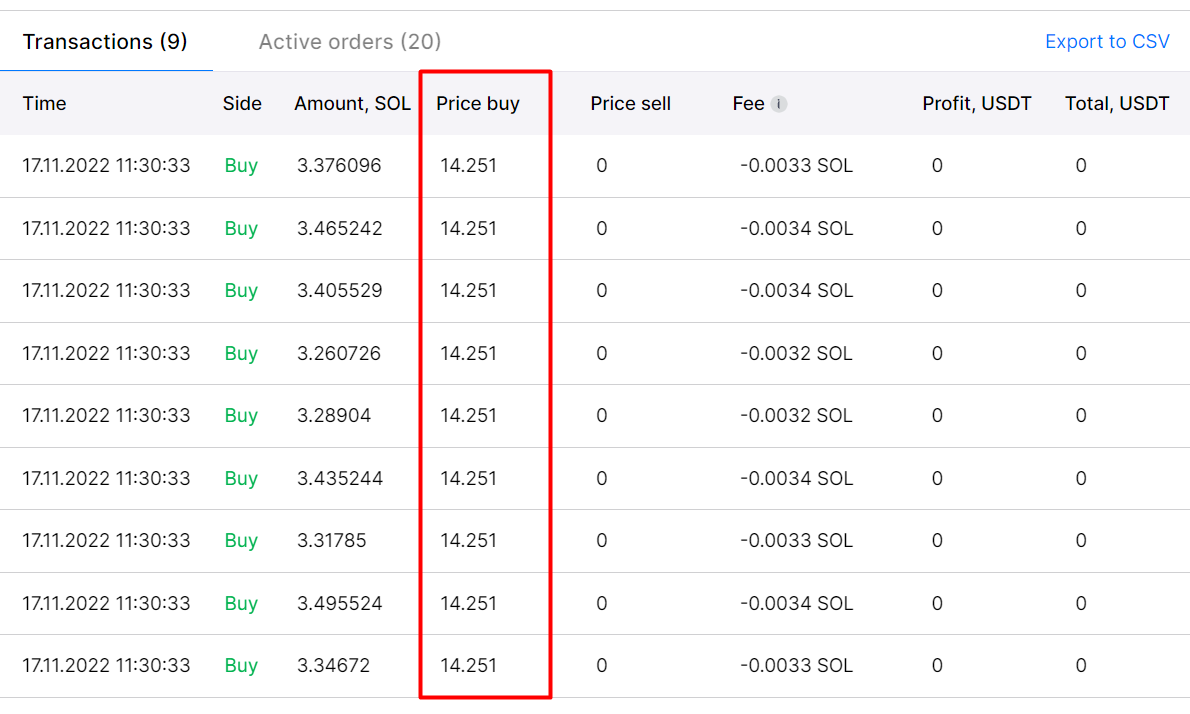 The base currency used for sell orders has been purchased at the same price, 14.251 - that would be an average buy price. With the received base currency, the system created 9 initial sell orders: 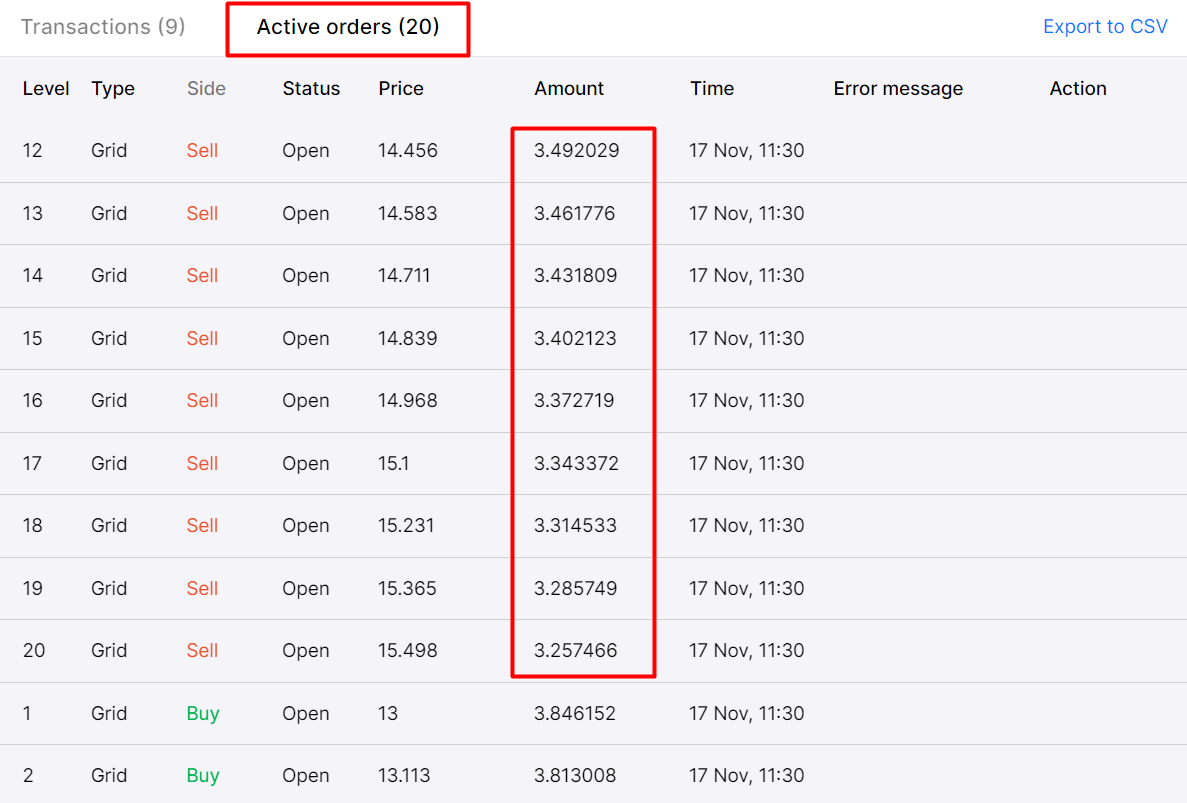 In the "Active orders" tab, you may calculate the total volume of the base currency (30.361576 SOL) in open sell orders. Multiplying this number by the avg. buy price determines the total current value in the quote currency (432.682819 USDT).

In this example, we get the same price as our start price because the bot was just launched, so its BEP does not differ from the purchase price of the whole base currency amount, but with each newly executed buy order, this value will change. 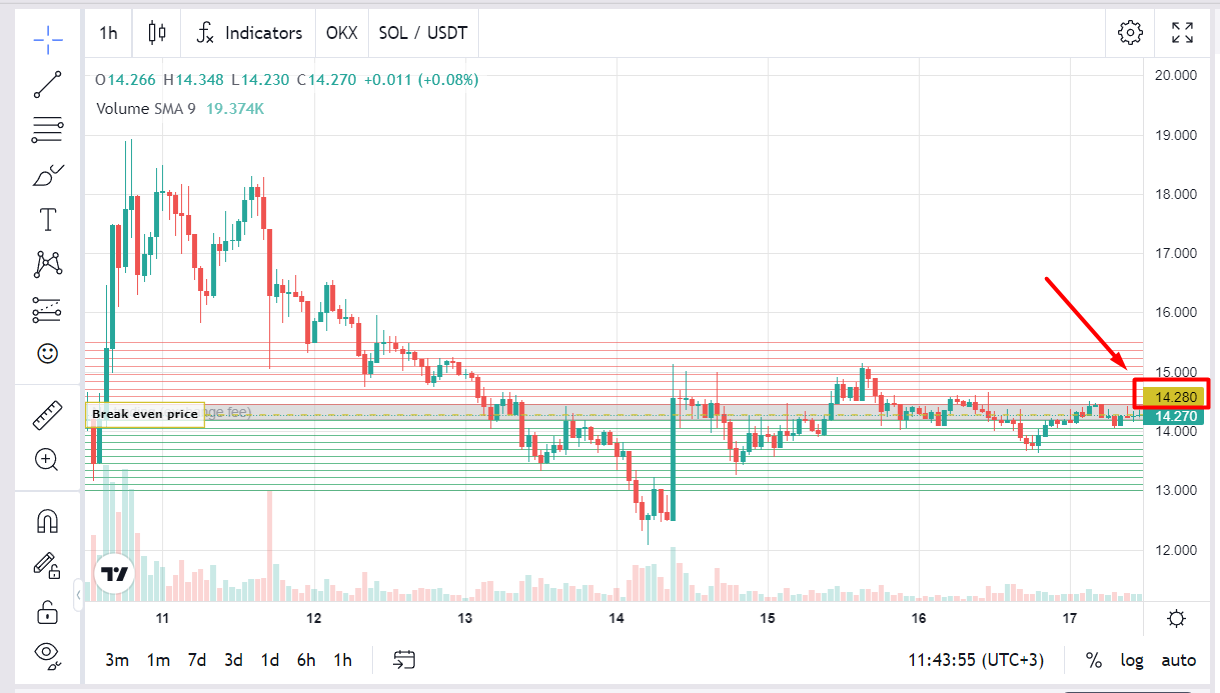 The BEP is a good indicator that helps you navigate your break-even point with the funds invested in the bot (specifically the base currency). It can be used to determine at what price you can fix your profit with a Stop Loss without the risk of high volatility or understand at what price you can expect a positive change in the base currency value.